Introducing: Dad, where are you going? the cutest variety show ever :-)
There are 9 episodes so far, 4 of which are subbed. This has probably been posted somewhere (maybe on omona), but I can't bother to check so here :) Treat it as a discussion post if you want!

I hope the poll works :) All gifs are from yoonhooxjia, with the exceptions of Min Gook and the one below, which are both from shiareagy.

I was so excited to hear that Amanda from Outside Seoul was going to write about cable network tvN’s surprisingly wonderful Oh Boy! series. Don’t be fooled by the silly titles – there is all sorts of goodness stuffed into these shows. I especially love the currently-airing Flower Boy Next Door. Join the discussion at our awesome FBND thread! -soomp

But it turns out that each of this series’ three installments has a lot more to offer—edgy production values, nuanced characters, and real insight into what it means to be young and searching for a future in today’s world.

So let’s take a moment to appreciate the most stunning recent development in drama land: every single one of tvN’s Oh boy! shows is actuall good. 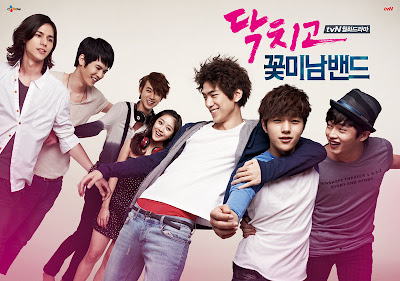 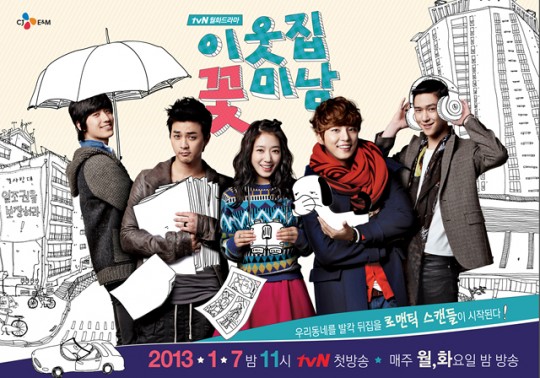 For more Kdrama reviews and commentary, visit Outside Seoul.

Source: Outside Seoul via Soompi

What did you guys watch this week? Sad to see School 2013 end? Looking forward to next week's episodes? Discuss away in the comments!

Note: Mianhae! ㅠ_ㅠ My computer broke right after #105 came out and somehow totally missed that #106 had been released too.

Hey! Sorry it's a bit late, but now it's time to vote for the

Thank you all for nominating and for voting! Have some Park Ki Woong being adorable for your time! ♥

Hey guys! Just like last year, we've put together a poll (it will be two parts) for us to pick our favorites of 2012! In this first poll, just nominate your choice for each category. Part two will be voting on the nominees and will be posted next Wednesday, December 26th.

Some Gong Yoo to thank you for nominating! ♥

Longtime viewers of the show ‘Running Man’ will find the name familiar, as he has built up some fame for being Yoo Jae Suk’s sidekick
cameraman and for being the butt of innumerable jokes, usually regarding his failure to keep up with the fleet-footed emcee and for focusing the camera where it shouldn’t be.

Yoo Jae Suk can be seen standing on the dais, while Kim Jong Kook appears to be getting ready to sing a congratulatory song for the new couple. The two celebrities have long been known to be a ‘wedding package’, appearing together at numerous functions.

One preview this week!

What did you guys watch this week? Any dramas you've recently picked up? Discuss away in comments!

Source: isubs at Dailymotion
Download this episode from them here